San Clemente is a city in Orange County, California. As of 2005, the city population was 65,900. Located six miles (10 km) south of San Juan Capistrano at the southern tip of the county, it is known for its ocean, hill, and mountain views, pleasant climate and Spanish Colonial style architecture.

Prior to the arrival of the Spanish, the area was inhabited by what came to be known as the Juaneño Indians. Long admired by explorers and passing settlers, it remained virtually uninhabited until 1776, when Mission San Juan Capistrano was established by Father Junipero Serra and led both Indian and Spanish settlers to set up villages nearby. After the founding of Mission San Juan Capistrano, the local natives were conscripted to work for the mission. 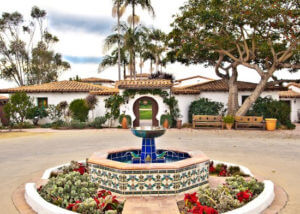 Property rights to the land exchanged hands several times, but few ventured to build on it until 1925, when former Mayor of Seattle, Ole Hanson, with the financial help of a syndicate headed by Hamilton Cotton, purchased and designed a 2,000-acre (8.1 km2) community. Hanson believed that the area’s pleasant climate, beautiful beaches and fertile soil would serve as a haven to Californians who were tired of “the big city”. He named the city after San Clemente Island, which in turn was named by the explorer Vizcaino in 1602 after Saint Clement, whose feast day occurs on November 23, the day of Vizcaino’s arrival on the island.

Hanson envisioned it as a Spanish-style coastal resort town, a “Spanish Village” (“By the Sea” was added years later.) In an unprecedented move, he had a clause added to the deeds requiring all building plans to be submitted to an architectural review board in an effort to ensure that future development would retain some Spanish-style influence (for example, for many years it was required that all new buildings in the downtown area have red tile roofs). 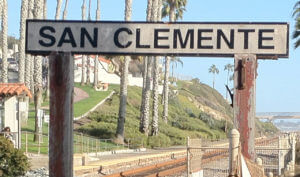 Hanson succeeded in promoting the new area and selling property to interested buyers. The city was to consist of buildings built in the classic Spanish style with red tile roofs. He built public structures such as the Beach Club, the Community Center, the pier and San Clemente Plaza, now known as Max Berg Plaza Park, which were later donated to the city. The area was officially incorporated as a City on February 27, 1928 with a council-manager government.

Referring to the way he would develop the city, Hanson proclaimed, “I have a clean canvas and I am determined to paint a clean picture. Think of it – a canvas five miles long and one and one-half miles wide!” 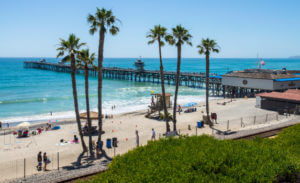 Largest Historic Landmark in San Clemente: Soon after San Clemente ( The Spanish Village) was incorporated, the need for a “Fire House” was realized. The headlines in San Clemente’s first newspaper, “El Heraldo de San Clemente” June, 1928 read: “Building to house local fire department will be constructed by popular subscription and turned over to the city when completed!” Individual subscriptions were received in the amounts from $6.00 to $1500.00 from the local citizenry.

In 1969, an event occurred which accelerated the growth and reputation of San Clemente. In that year President Richard Nixon purchased a Spanish mansion in the southern part of town that Hamilton Cotton had built in 1927. This “Western White House” became the site of numerous historical meetings. The Old City Plaza also at one time had a small Nixon museum inside when the city occupied the premises.

Mission Viejo News is an independent weekly newspaper published every Friday. We are not owned or operated by any of the big daily newspapers. The views and opinions expressed are those of the publisher and not any organization. No reproduction, in whole or in part is permitted without the express written permission of Mission Viejo News.
Legal Advertising: Mission Viejo News was adjudicated by the Orange County Superior Court as a newspaper of general circulation pursuant to Government Code 6000 case #A202554 on July 6, 2000 and as such is the appropriate newspaper to place legal and public notices for the South Orange County Judicial District and the City of Mission Viejo. Find a Published Legal Notice in This Newspaper To send a press release

Click here or the image to open the FBN form.

For more information regarding all legal notices and instructions, please visit our Legal Notice Help Page.